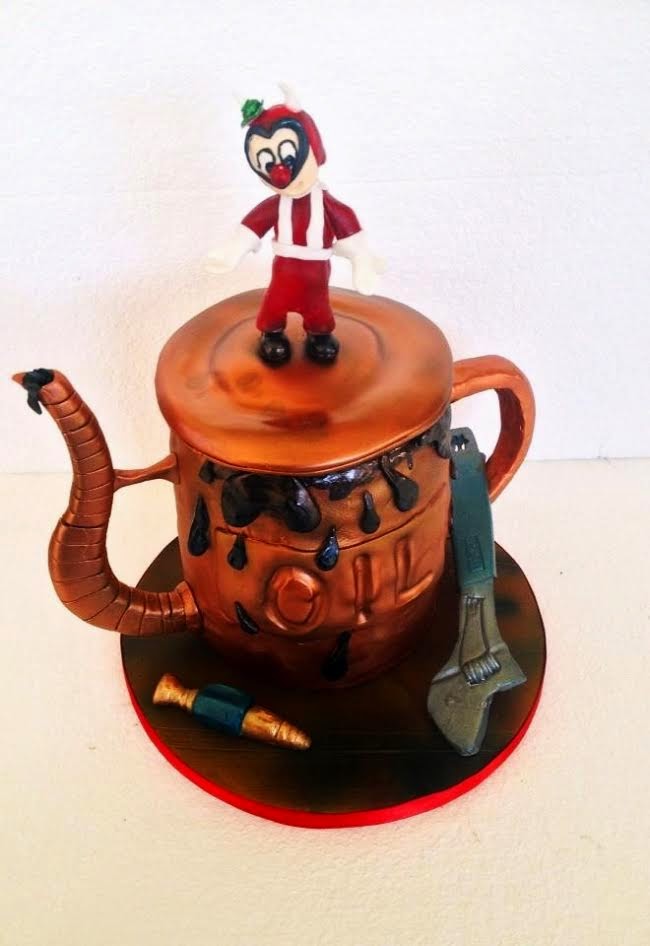 I chose a scene from  "The Gremlins ". It was written in 1943 while Dahl was in the Royal Air Force.  It was Dahl's first children's book, and was written for Walt Disney Productions, as a promotional device for a feature-length animated film that was never made. The artwork was created by the in house Disney team and this is what drew me to my piece . There’s a charm to the illustrations that isn’t often replicated in today’s book world and lots of the illustrations have both a vintage and retro style.  I felt that this is similar to the style I like to replicate in my own piece and therefore looked forward to the challenge.

The Gremlins were little creatures who were blamed for the problems pilots had when they crashed or other emergencies. The story centres on a pilot, Gus, who encounters the Gremlins after they begin sabotaging his plane due to their forest being flattened for people’s homes and factories. He has to find a way to make them work with him and the air force instead of being troublemakers.